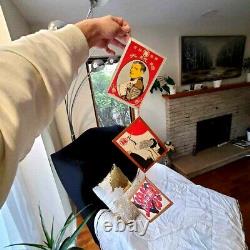 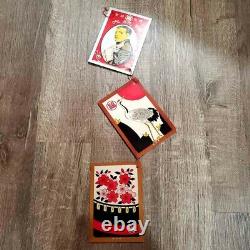 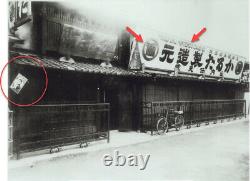 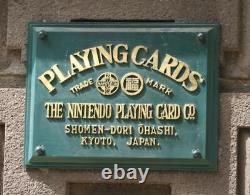 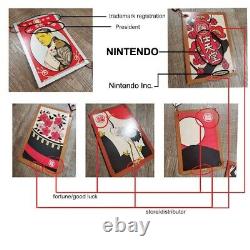 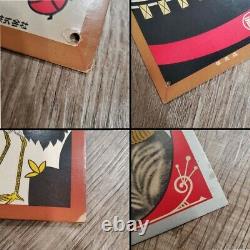 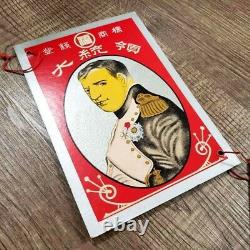 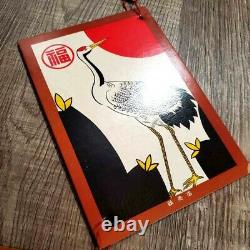 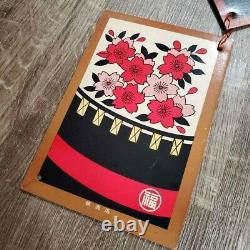 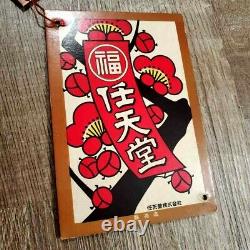 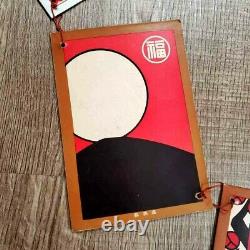 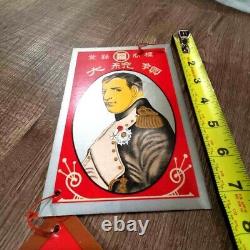 The Nintendo Playing Card Co. There was The Nintendo Playing Card Company. Many collectors I have run into never knew this about Nintendo's origins. Nintendo has focused on video games since the 1970s but continues to produce cards in Japan, including themed sets based on Mario, Pokémon, and Kirby. The Koi-Koi game played with hanafuda is included in Nintendo's own Clubhouse Games (2006) for the Nintendo DS , and Clubhouse Games: 51 Worldwide Classics (2020) for the Nintendo Switch.

They produced Japan's first playing cards in the 1890s. At that time, card games were generally played by adults.

I obtained the original advertising sign for The Nintendo Playing Card Co. From a retro Nintendo collector in Japan through a mutual friend who used to live there. The origins of this particular piece is not known, in the sense that no one knows exactly what year these store displays were made. It could be anywhere from 1889 to 1960s. The collector from Japan suggested it was might be closer to the early 1900's. This exact sign is like finding a needle in the haystack, as many retro gamers in Japan even have this at the top of their wishlist. I was told that it's the holy grail for Japanese collectors. If you check the official Wikipedia search for "Hanafuda", there is an original photo of Marufuku Nintendo Card Company building from 1889 in Shimogy-ku, Kyoto.

The store display in this listing was professionally translated which you can see in one of the images. Many video game collectors collect original store displays and video game displays, however, this particular store display is unmatched in terms of Nintendo's rich history. To think that there is an alternate universe where Mario and Zelda don't exist is just pure insanity.

I also have deep roots in many collector communities and know some of the top collectors in the world, none which have this holy grail. Considering how rare of a Nintendo collectible this is, a hardcore Nintendo collector cannot pass up this opportunity to possibly be one of a few who own this in the world. Since I've acquired this decades ago, I tried to find more signs and have been unsuccessful. It is truly a gem in the history of Nintendo and belongs in a museum. It's a rare chance to own a piece of Nintendo's history; something that's really priceless.

The Image of Napoleon on Nintendo's Daitoryo Hanafuda Cards is based off of a portrait by Paul Delaroche. I take pride in my collection and they have been cared for extremely well.

The condition of the store sign is amazing for it's age. The cards have wear of course, which the more noticeable wear shown in a bundle in one of the pictures.

Overall the colors are bright and vibrant, and there's no major bends anywhere. If you have questions about the condition please message me to ask for more detailed pictures. The store display is greater that 7 inches in height, and 5+ inches in length. If you have any questions please send me a message.

The item "Nintendo Sign Original 1889+ Store Display Historic Japan Antique Ad Museum NES" is in sale since Wednesday, May 19, 2021. This item is in the category "Video Games & Consoles\Video Game Merchandise". The seller is "kefkasdomain" and is located in Richmond Hill, Ontario. This item can be shipped worldwide.